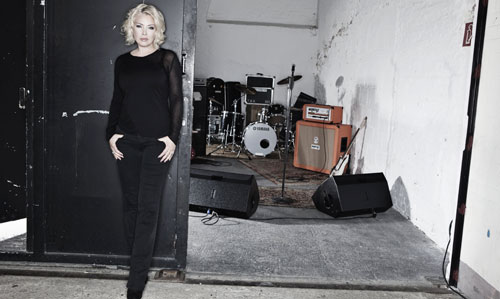 She toured with Michael Jackson and David Bowie, released ten albums and 30 singles, was a multiple award-winner and sold around 20 million sound carriers: Kim Wilde is a world star, whose songs such as “Kids in America”, “Chequered Love” or “Cambodia”, are world-famous, catchy tunes. Following her duet with Nena, “Anyplace, Anywhere, Anytime”, which saw her return to the charts in 2003, she is now back with a new album. Speaking about “Come Out And Play” she says that it is reminiscent of the “80s, but nevertheless typical of the 21st century”.

Trade visitors at TOP HAIR International Trend & Fashion Days Düsseldorf with a valid admission ticket for Saturday, 19 March, (season tickets as well) will be able to exclusively experience Kim Wilde live with her old and new songs in Düsseldorf.

As always, this exceptional and spectacular Special Show will be followed by the famous party. Live music and DJ von APROX will ensure dancing and celebration into the night.